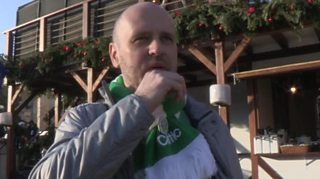 One "just saw them on the telly and fell in love", another says he's "supported Celtic since they stopped Rangers from 10-in-a-row". Now they're organising a welcome party for travelling fans in Cluj-Napoca.