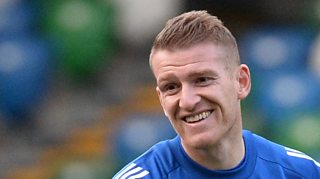 Steven Davis says Northern Ireland are 'desperate' to secure a big scalp by exacting revenge on the Netherlands which would take Euro 2020 qualifying Group C into the final game.

Northern Ireland are at home to the Dutch on Saturday before their last Group C game away to Germany on Tuesday.

"That's the challenge, that's the one we want and we're all desperate for," said NI captain Davis. "That would take group games into the final game so hopefully we can go and create another special night."

Moyes keen to take West Ham to next level

Saints through to FA Cup fourth round