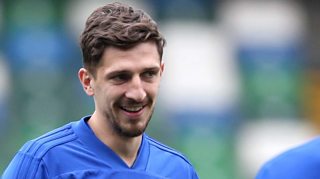 O'Neill was appointed as manager of Stoke City last week but will remain in charge of Northern Ireland for the rest of their Euro 2020 qualifying campaign.

"Michael has come in and worked the same way as he has done over the years," said the Watford defender.