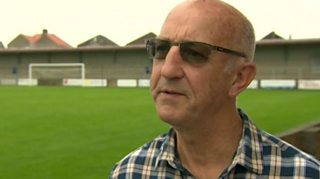 'How our club prospered after FA Cup windfall'

The Bristol-based amateurs crammed 2,070 fans into their ground and the match was selected for live television coverage, seeing them earn more than £100,000.

"A lot of that money is still here," says Rogers, who was Rovers' treasurer at the time. "It was once in a lifetime, like winning the lottery."

This season's FA Cup first round gets under way on Friday as non-league Dulwich Hamlet host Carlisle United.

Return of fans 'something to celebrate'