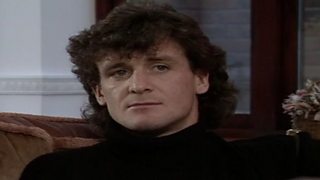 'They whisked me away in a souped-up Lada' - Mark Hughes

Former striker Mark Hughes remembers when he played matches for Wales AND Bayern Munich in different countries on the same day on 11 November 1987.

Wales lost their crucial European Championship qualifier in Czechoslovakia, but Hughes arrived in Munich in time to be a second-half substitute to help Bayern come from a goal down to beat Borussia Monchengladbach in a German Cup second-round replay.