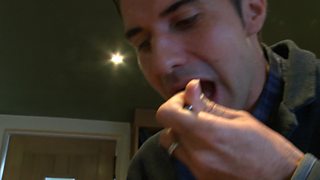 From footballer to ice cream entrepreneur

Former New Zealand international footballer Rory Fallon has retired from the game to concentrate on his ice cream business.

The 35-year-old played for 15 clubs between the second and seventh tier of the English game, as well as in the top flight in Scotland.

He also scored the goal that sent New Zealand to the 2010 World Cup, a tournament in which he started all three of their games.