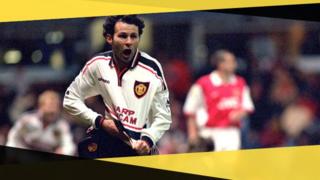 It is 17 years to the day since Ryan Giggs scored a magical solo goal in an FA Cup semi-final replay against Arsenal at Villa Park in 1999.

Arsenal and Manchester United could not be separated when they met in the 1999 semi-final at Villa Park on 11 April as the Premier League's then top two played out a goalless draw.

But three days later the last-ever FA Cup semi-final replay would go down in history as a night of high drama.

Goals from David Beckham and Dennis Bergkamp either side of half-time had left the tie poised at 1-1.