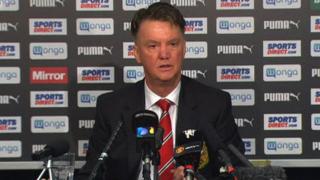 Manchester United manager Louis van Gaal appeared to have a confrontation with a journalist at the end of his news conference following Tuesday night's 3-3 draw against Newcastle.

The Dutchman was making a point about media criticism of captain Wayne Rooney, after the striker scored twice and assisted United's other goal, saying "You have criticised him, I don't."

As he walked away, Van Gaal turned and pointed at a journalist and appeared to say: "You too. Fat man. There."

Sun journalist Neil Custis told BBC Sport he was the reporter Van Gaal was talking to and later wrote: "You are right Louis I am fat.

"I had a knee operation four months ago that stopped me running and going to the gym."

Last month, an under-pressure Van Gaal walked out of a news conference after asking journalists if they were going to apologise to him, saying: "Enjoy the wine and a mince pie. Goodbye." 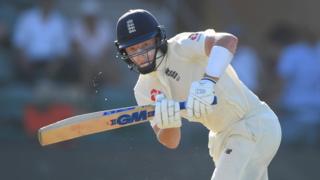