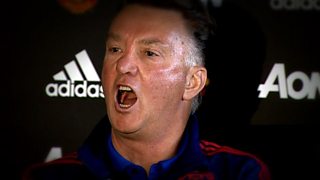 Three years after being sacked by Manchester United, Louis van Gaal has officially confirmed his retirement from football management at the age of 67.

BBC Sport looks back at some of the Dutchman's most bizarre moments during his tenure as United manager.

O'Sullivan beaten by Higgins at Masters