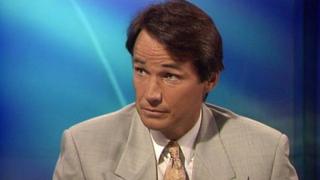 'You can't win anything with kids'

In August 1995, Match of the Day pundit Alan Hansen criticised then-Manchester United manager Sir Alex Ferguson with a comment that went down in football folklore.

Hansen was speaking after Ferguson's young side lost 3-1 to Aston Villa on the opening day of the 1995-96 season.

United went on to win the Premier League and FA Cup that season with a team whose average age was 26 years and 137 days (including only players who played 10 games or more).

Since Hansen's statement, only Chelsea have won the title with a younger squad.

In 2004-05, former England internationals Joe Cole, Frank Lampard and John Terry were in a team with an average age 25 years and 312 days that finished 12 points above runners-up Arsenal.