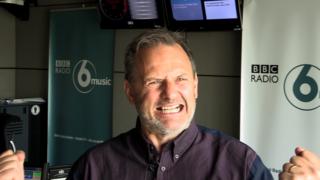 BBC Radio 6 Music presenter Mark Radcliffe reveals his standout moments as a Manchester City fan and his hopes for the Blues this season.

Radcliffe has been a City fan since he was a boy and watched them regularly since 1976 when he moved to Manchester.

Watch Football Focus at 12:15 BST live on Saturday on BBC One and the BBC Sport website.