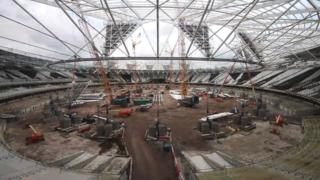 Watch a timelapse as the Olympic Stadium in Stratford, London continues to be transformed into West Ham's new stadium.