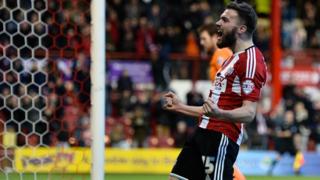 Brentford midfielder Stuart Dallas is back in the Northern Ireland squad and looking forward to the games against Scotland and Finland.

Dallas will hope to add to his one international cap when Northern Ireland take on Scotland in 25 March friendly before a Euro 2016 qualifier against the Finns four days later.

The former Crusaders player also discusses his career with Brentford, who are currently in a play-off spot in the Championship.

How do fans feel about a European Super League?