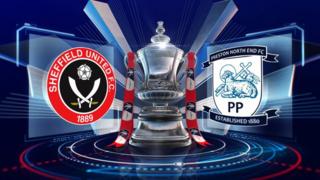 Jamie Murphy gave hosts United a half-time lead in this fourth-round replay against their League One rivals, but Paul Gallagher, who scored a stunning free-kick in the first tie at Deepdale, did it again to equalise after half time.

Paul Huntington then headed in Scott Laird's corner before Gallagher converted a penalty to secure victory.