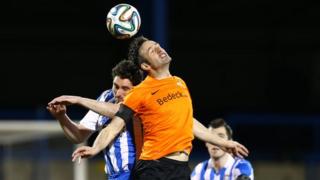 The visitors took the lead on seven minutes as Kevin Braniff fired in a free-kick from 20 yards.

The Bannsiders now face a major uphill struggle to overhaul the Lurgan Blues in their bid to secure a top-six spot before the league split at the end of March.