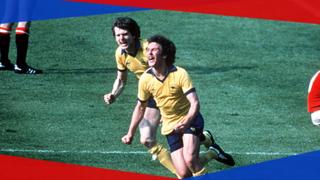 Arsenal needed an 89th-minute winner from Alan Sunderland to beat Manchester United 3-2 in the 1979 FA Cup final, having conceded two goals in the final three minutes.

First-half goals from Brian Talbot and Frank Stapleton appeared to have won the final for the Gunners before the Red Devils levelled the game with goals in the 87th and 88th minutes from Gordon McQueen and Sammy McIlroy.

The late drama continued with Arsenal going down the other end and Sunderland stretching to score a famous winner.