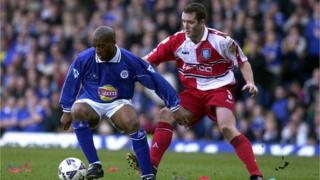 Watch highlights from the 2001 FA Cup quarter-final between as Leicester City and Wycombe Wanderers.

Could Wycombe boss Lawrie Sanchez - an FA Cup winner and goal scorer with Wimbledon in 1988 - mastermind one of the great upsets and guide Second Division side Wanderers into the semi-finals?

Injury-hit Wycombe's substitutes' bench included striker Roy Essandoh, who had only arrived at the club less than a week before the game - after the club contacted BBC Ceefax in a bid to publicise the fact they were desperate to sign a forward who was not cup-tied.

The 25-year-old, who had only signed a two-week contract, had previously plied his trade in the lower leagues of Scotland and with VPS Vassa in Finland.

The ex-armed robber with a mission to make change

'Immense' Fabinho steps up for Liverpool 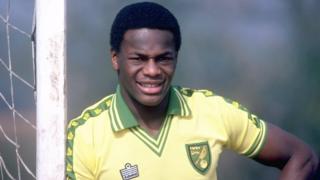 'Justin taught me how to love without judging'