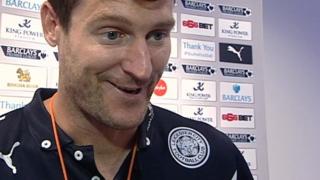 Esteban Cambiasso and Jamie Vardy, who - like Nugent - scored in the home victory, were also thrilled with the result, which takes the Foxes up to seventh place in the Premier League table after five games.