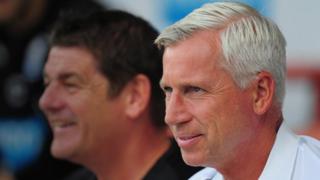 Carver has apologised for how he reacted at Southampton, with the club confirming they had received complaints from fans.

Pardew describes him as a man who "bleeds black and white" and believes the fans should "accept" his apology.