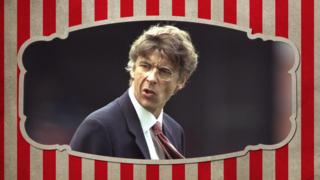 As Arsene Wenger prepares to take charge of his 1,000th game at Arsenal, BBC Sport takes a look back at the many managers who have graced the Premier League since his arrival in 1996.

Covering 153 management teams, the list features such greats as Sir Alex Ferguson and Sir Bobby Robson, as well as some more leftfield appointments - like Velimir Zajec and Frank Burrows. Remember them?

Wenger's 1,000th game will be against one of his fiercest rivals when Arsenal travel to Stamford Bridge to take on Jose Mourinho's Chelsea on Saturday.