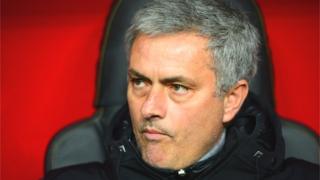 Chelsea manager Jose Mourinho says his side are "paying" for not finishing chances off and are "not a team that kills opponents", following a 1-1 draw at Champions League last-16 opponents Galatasaray.

The Premier League leaders were firmly in command after Fernando Torres's early tap-in gave them a deserved lead, but after Torres spurned a second-half chance, the Blues conceded an equaliser as Aurelien Chedjou scored from close range.

The second leg will be at Stamford Bridge on 18 March.