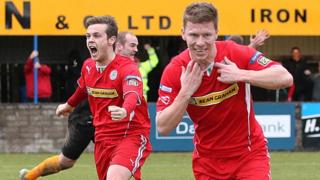 BBC Sport NI's video review of the weekend's Irish Premiership action as Cliftonville and Linfield continue to slug it out at the top of the table.

Linfield moved back to the summit as they defeated Glentoran 1-0 on Friday night but the Reds regained the lead on Saturday by beating Dungannon Swifts 2-1 at Stangmore Park.

The programme also features action from Portadown's win at Coleraine, Ballymena's victory over Warrenpoint, Ballinamallard's home success over Ards and the draw between Crusaders and Glenavon. 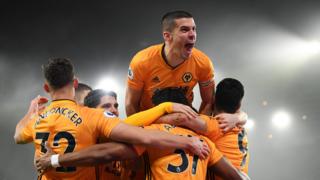 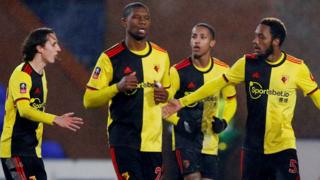 FA Cup: Tranmere 1-1 Watford - League One side pegged back