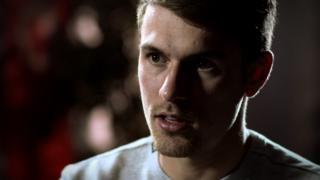 Arsenal midfielder Aaron Ramsey says it took him years to get over his broken leg but believes he and the Gunners now have "a great opportunity of doing something special" this season.

Ramsey tells Football Focus that he chose to join Arsenal six years ago because he "felt more wanted" by manager Arsene Wenger, but he lost a lot of confidence after breaking his leg against Stoke in February 2010.

The Welshman has been in fine form for Arsenal this season, scoring 11 goals.

I don't have mind-game skills - Klopp