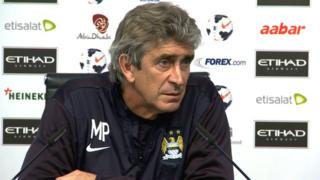 Hart is number one for now - Pellegrini

Hart was criticised for his display in City's 3-2 defeat away at newly promoted Cardiff and Pellegrini says the England number one knows he has to improve.

City face Hull City, another side who have come up from the Championship, at Etihad Stadium on Saturday.