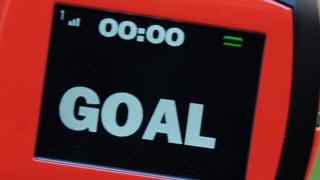 British-based Hawk-Eye has been awarded the contract and uses seven cameras per goal to detect the ball and claims its system is "millimetre accurate, ensuring no broadcast replays could disprove the decision".

Top-flight clubs voted to adopt the system from this season during a meeting of the 20 Premier League chairmen in April.

It will be used in all Premier League games, FA Cup games where the stadiums have the equipment, and at Wembley for the Community Shield and international matches.

England relying on Pope & Lawrence after slipping to 121-5

What happens when the Premier League dream dies?