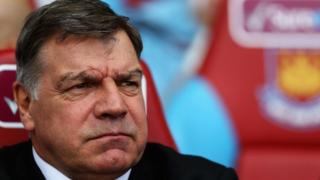 West Ham boss Sam Allardyce says keeping Andy Carroll at the club is his priority after the Hammers finished their season with a 4-2 win over Reading.

A Kevin Nolan hat-trick and one from Ricardo Vaz Te ensured West Ham finished 10th in the Premier League.

Allardyce believes it is important to avoid "second-season syndrome" and that it would be a "big move" for both if Carroll was to stay at Upton Park.