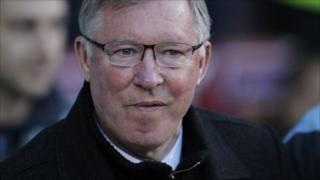 Manchester United boss Sir Alex Ferguson says his side played like Premier League champions after coming back to draw 2-2 at West Ham.