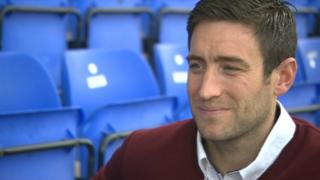 Oldham Athletic manager Lee Johnson tells BBC North West Tonight he hopes his knowledge of his father's tactics will help as the younger Johnson's Latics side takes on Gary's Yeovil at Boundary Park on Tuesday.

Gary, back in charge at Yeovil for a second time, managed Lee when he played during the elder Johnson's first stint as manager at Huish Park, and also when he was in charge at Bristol City.

They will become only the second father and son to face each other in the league since Bill Dodgin (Bristol Rovers) and Bill Dodgin Jr (Fulham), whose sides last met in 1971.

Scottish Premiership: Hagi with third for Rangers in title hunt; Kilmarnock pull one back