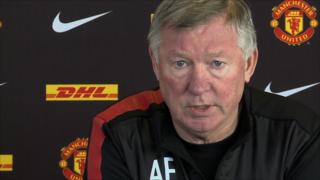 Manchester United manager Sir Alex Ferguson says conceding early is his side's "Achilles heel" this season, but having players who can change the course of a game is a "big advantage".

Ferguson's men came back from 2-0 down to beat Aston Villa last weekend - their eighth such comeback in all competitions this season.

United travel to Norwich on Saturday, where Wayne Rooney and Jonny Evans are doubtful but Robin van Persie will be fit, according to Ferguson.