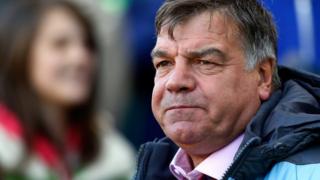 West Ham boss Sam Allardyce says his team's display was "not good enough" during their 2-1 defeat at Wigan.

Ivan Ramis put the home side ahead early in the game, and James McArthur doubled the lead just after half time.

James Tomkins headed a late consolation for West Ham, but Allardyce was left questioning the level of protection given to striker Andy Carroll by the match officials.