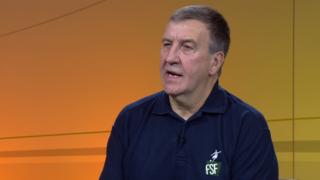 'Ticket prices should be cut' - FSF

Clarke was speaking after the BBC Price of Football study found that only three out of 92 English league clubs offer a day out for less than £20.

The FSF wants Premier League clubs to cut ticket prices from next season.