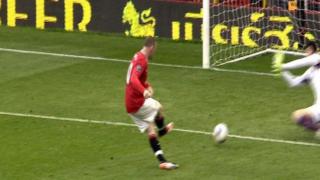 Wayne Rooney caps a fine Manchester United move in a 3-1 win over Chelsea in September to score in his fifth consecutive Premier League game of the season.

The England striker is one of 17 Premier League players short-listed for the FIFA FIFPro World XI 2011, the annual vote for the top footballers around the globe.