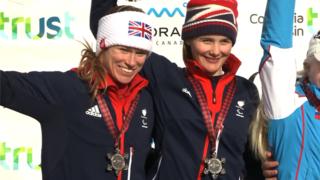 Visually impaired Knight, who at the age of 15 became Britain's youngest-ever Winter Paralympian in Sochi last year, led the standings after the first of two runs.

However, her 1.58 seconds advantage was removed by an impressive second run from Russia's Paralympic silver medallist Aleksandra Frantceva - who claimed gold.