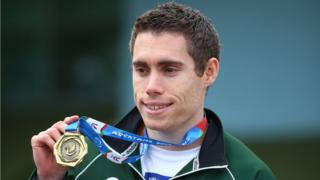 Jason Smyth is content after completing a T12 sprint double at the IPC European Athletics Championship in Swansea on Thursday.

The Northern Irishman added the 200m title to his 100m triumph on Tuesday as he took victory in 21.67 seconds.

Smyth is now planning to take a well earned break before resuming his training in the autumn as he aims to regain the kind of form which saw him run 10.22 seconds for the 100m in 2011 as he earned places at the able-bodied European and World Championships.