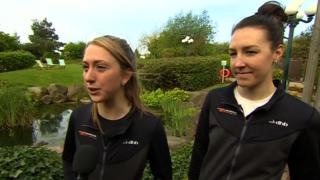 Trott, who won two track cycling gold medals at London 2012, says it is "amazing" that Britain is hosting the five-day event which began on Wednesday, and that it can "showcase how good women's cycling's actually become".