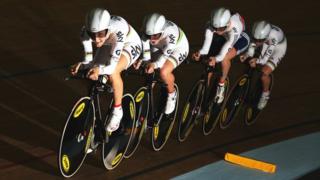 The quartet of Laura Trott, Dani King, Jo Rowsell and Elinor Barker went four seconds quicker than the time they set in qualifying, as they easily beat Canada in front of the home crowd.