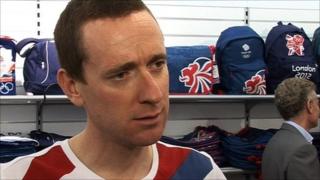 The 31-year-old says his current form points to a successful year ahead and he's keen to continue to progress and learn from his experiences.

The triple Olympic champion says he's in his prime as an athlete and he has the maturity to be able to compete in both disciplines.