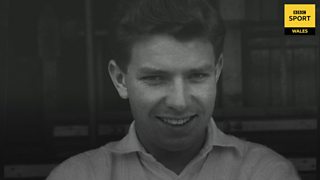 Glamorgan greats have paid tribute to batsman Alan Jones who is given an England cap, 50 years after his only international appearance.

Jones will be given the England Test number 696 after playing against the Rest of the World at Lord's in June 1970.

The Rest of the World games - though billed as Tests at the time - were subsequently not recognised as official Tests by the International Cricket Council but at the age of 81, Jones has been officially honoured by the England and Wales Cricket Board with a cap.

Bruce will do 'utmost' to find leak