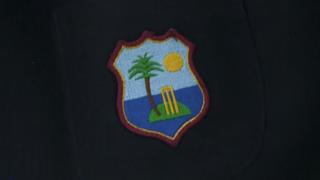 What happened to West Indies cricket?

BBC Sport's Joe Wilson talks to legends of West Indies cricket Sir Viv Richards and Sir Curtly Ambrose to uncover what is behind the decline of the game in the Caribbean.

The West Indies were once an irresistible force but the side's form and appetite for Test match cricket have slumped, and in October 2014, the West Indies Cricket Board abandoned a tour of India after a dispute with players over pay, leaving India's board, the BCCI, demanding $42m (£26.2m) in compensation.

Former captain Richards says the team needs players who will "never say die" while former fast bowler Curtly Ambrose says a successful team is important as cricket is the only sport that "unites" the whole region.

'Abandoning snow shovels for the sun of Dubai'