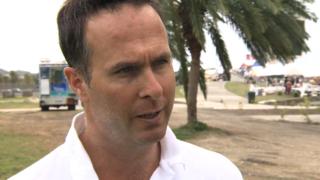 Former England captain Michael Vaughan says the England and Wales Cricket Board's newly created director of cricket role "needs defining" before he can fully declare his interest in the position.

Vaughan and fellow ex-captains Andrew Strauss and Alec Stewart are thought to be the leading candidates for the role. The ECB is undergoing a restructure led by chief executive Tom Harrison and backed by incoming chairman Colin Graves, following England's World Cup exit.

Vaughan says there is no need for the ECB to "panic" and rush into a selection, but instead choosing the right long-term strategy for English cricket.