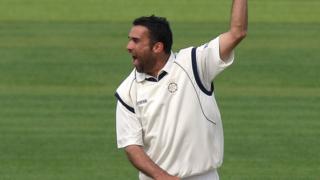 Kabir Ali tells BBC North West Sport he is confident that his new county, Lancashire, will be competing for promotion back to Division One of the County Championship in 2013. The Red Rose club were champions two years ago, but suffered relegation last summer.

Former England seam bowler Kabir is also expecting to return to action before the end of April after suffering a knee injury whilst playing in Bangladesh during the winter.