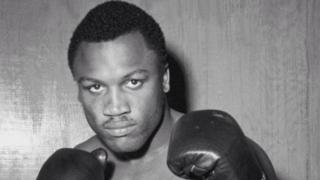 Frazier had been receiving hospice care in Philadelphia after being diagnosed with cancer several weeks ago.

The 67-year-old was the first man to beat Muhammad Ali in 1971, but lost his next two bouts with Ali, in three of the most famous fights in boxing history.