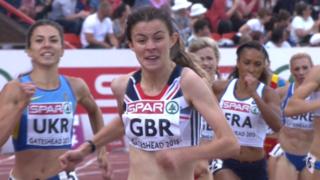 The 18-year-old, who has just completed her A-levels, held off the challenge from Russia's Ekaterina Sharmina to cross the line in two minutes and 0.82 seconds.

Judd was originally predicted to finish fifth in a race she eventually won.