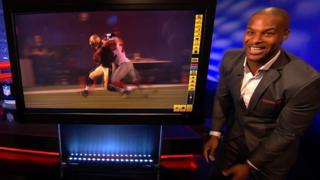 Pass rush? This is how you do it!

Umenyiora is less than impressed with the pass rush side of the Giants defensive game and brings up a clip of him in action to show them how to do it.

Catch up with all this week's action from the NFL on iPlayer.