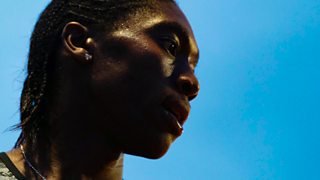 Olympic 800m champion Caster Semenya has said she has been "crucified" in her long-running case over testosterone levels in female athletes.

In May, the South African athlete lost a landmark case against athletics' governing body which meaning it will be allowed to restrict testosterone levels in female runners.

The Court of Arbitration for Sport (Cas) rejected the South African's challenge against the IAAF's new rules.

'An iconic Liverpool figure who went on to illuminate TV screens'

2021 World Cup set to be postponed for year