Scottish 200m runner Beth Dobbin has criticised the decision to drop her event from some Diamond League meetings, describing it as "a joke".

Athletics governing body IAAF will also no longer include the 3,000m steeplechase, discus or triple jump in all 15 stages, or the final.

No longer a "core" event, the triple jump will now only be in two meetings.

Dobbin suggested it showed "no respect" to top triple jumpers like Yulimar Rojas, Christian Taylor and Will Claye.

The IAAF said that, as a result of research and its desire to cut the length of meetings to a "90-minute broadcast", there will be 12 disciplines at each meeting.

None of the four disciplines removed from the "core" list will form part of the final in Zurich in September, although the 3,000m steeplechase and 200m will feature at 10 meetings.

Dobbin, the 25-year-old Scottish record holder who has represented Great Britain, was runner-up at three of her five Diamond League events during the 2019 season. 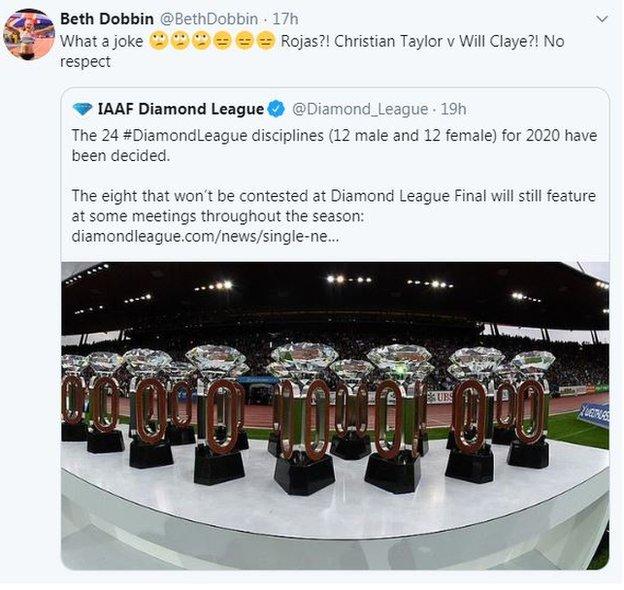