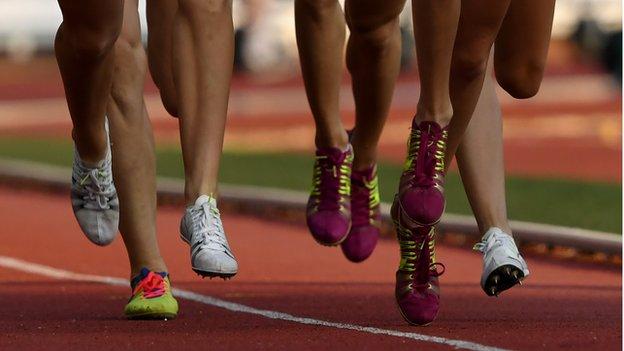 UK Athletics has been accused of a "cover-up" over its handling of an allegation of sexual abuse by a coach.

A former athlete has alleged, in details issued through her lawyers, that Darrell Bunn groomed her when she was 16, and then sexually abused her.

The athlete, now in her 30s and unable to be named for legal reasons, said she complained to UKA in 2003.

After an investigation, Bunn was allowed to continue working in sport, supervised when coaching under-18s.

In a written statement, UKA told Press Association Sport it denied any "cover-up" over the claims, and said it "takes allegations of abuse by coaches extremely seriously and the welfare of all children involved in athletics is paramount".

At the time of the allegation, Bunn, who was also a PE teacher, had already coached former Olympic champion Denise Lewis and would go on to work with another Olympic gold medallist, Jessica Ennis-Hill.

In 2014, he was given a two-year suspended sentence for abducting and indecently assaulting a 15-year-old female athlete in the 1980s. He only avoided prison because he had cancer.

There is no suggestion he abused Ennis-Hill or Lewis, or that either had any connection to his offences.

Richard Scorer, a specialist abuse lawyer at the complainant's law firm, Slater and Gordon, told Press Association Sport: "The failure to take our client's allegations seriously and then allowing Bunn to carry on coaching at the highest level for the next 10 years is nothing short of a cover-up."

In a statement, issued via her lawyers, the former athlete said: "It seems to me that (UKA) would simply like this all to go away as they did when I complained 13 years ago."

Children's charity the NSPCC said on Thursday that more than 860 people had called its dedicated football hotline, set up a week ago after several former players alleged past abuse by coaches.