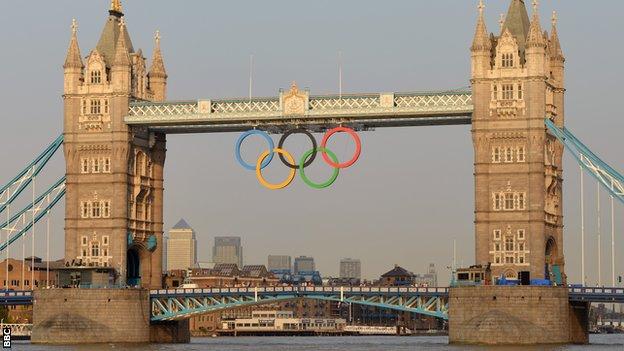 Those athletes are from five different sports and six different countries.

The International Olympic Committee (IOC) retested 454 selected doping samples from the 2008 Games in Beijing and a further 265 from London 2012.

It said the retests, conducted using the latest scientific methods, were focused on athletes who could take part at this year's Rio Olympics.

"These re-analyses show, once again, our determination in the fight against doping," said IOC president Thomas Bach.

"We want to keep the dopers away from the Olympic Games in Rio de Janeiro."

UK Anti-Doping's director of operations Pat Myhill said: "The ability to retest samples, as a result of new intelligence or the development of new testing techniques, is a vital tool in the fight against doping in sport.

"It sends a clear message to those who dope - if you chose to make that choice, and think that you've got away with it, think again. We can, and will, catch you."

Last week, the IOC announced 31 athletes from the 2008 Games had tested positive following re-examination of their samples.

Russia confirmed 14 of those positive retests from Beijing concerned their athletes and included some medallists.

High jumper Anna Chicherova, who won bronze in 2008, vowed to clear her name after learning she was one of them.

"It's the most complete shock," she said. "I can't explain how it could have happened. I was always sure what supplements and medicines I was using."