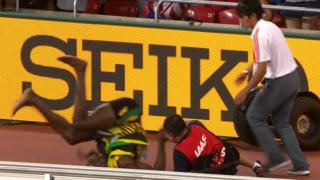 Bolt wiped out by cameraman

Double sprint world champion Usain Bolt is knocked over by a cameraman who loses control of his motorised scooter.

Bolt was celebrating winning 200m gold - his 10th world title - with the crowd at the World Championships in Beijing when he was struck from behind. 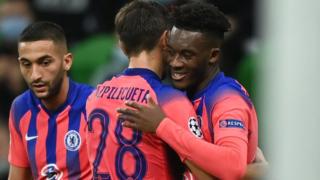 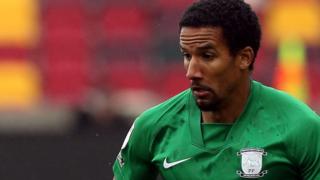 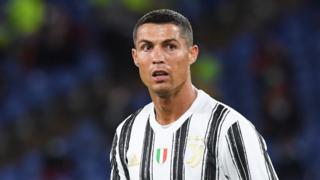 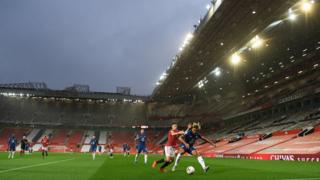