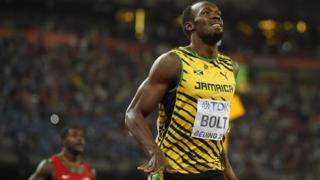 Jamaican Bolt, 29, followed up his 100m victory over Gatlin to win in 19.56 seconds, completing the sprint double for the second consecutive championships.